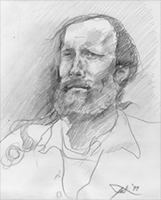 Violent Politics, Empowering Liberation: US Drug Wars in Cultural Perspective is an historical and social psychological study of the War on Drugs and its roots in the Republican Reaganomic political agenda of the 1980s.  The War on Drugs was the centerpiece of the Bush-Reagan right-wing revolution that devastated tens of millions of lives, virtually nullified the Constitution and Bill of Rights as effective legal protections, and set this country's progress back decades.  The horrible beauty of the 1980's is that the worst part of this country's political economy strutted their stuff proudly for everyone to see and really look at closely.  This book examines the Reagan era closely from an authentic and responsible Christian perspective and asks the question: "Why is it that the war on drugs fails so miserably at achieving its stated goals?"

The author, believing that responsible, constitutionally-compatible solutions to the interrelated problems of poverty, killer drug abuses, and street crime can only be crafted after a disciplined examination of the nature of the problem, has written a work that sheds light on the high-level machinations behind the scenes that guaranteed seeming failure of the programs undertaken.  The book then moves from an elucidation of the many interrelated problems involved in America's drug problem to lay a foundation for embarking on long-term solutions that would really work for the Americas, their peoples, and others around the world.  Hopefully, it is a book that concerned people, students, and professionals will find useful in moving toward developing solutions to the problem of drug abuse that would really work.