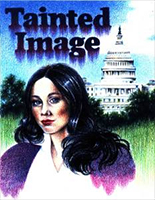 Starting with her graduation as a young lawyer from the University of Maryland, she climbed the political ladder more swiftly than had even a young Democrat from Massachusetts two generations earlier – first as a hard-charging prosecuting attorney, then through a series of political positions that culminated in the United States Senate.  Cara did not see the senate as a culmination, however; but as a stepping stone to the one office where power is absolute.

Cara Anderson lived in a world where a friend was someone who could aid her climb, and where every rung of the ladder brought with it new enemies.  It was a world whose lessons she learned well, and one in which she thrived … until she forgot the most important lesson of all.