Cats Without Bodies and Snakes With Wigs 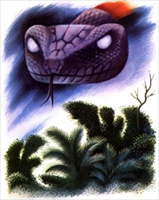 Jackie Spangle’s life is without direction until the day his girlfriend Marcea dumps him to pursue her career as a reporter on the far-off planet of Calpez.  Jackie eventually follows her, but arrives on Calpez to discover her dead; a casualty of a local riot.  When his investigation into her death goes nowhere, he books passage home, but is sidetracked by a commotion en route to the ship.  That is his first mistake.

His second is getting involved.

As a result, he witnesses a murder and is accidentally transported aboard the headquarters ship of the Bombeese Company Limited, the corporate power that fronts for the corrupt High Council of the Interplanetary Union.  It is aboard the B.C.L. ship that things begin to get weird...

Cats Without Bodies and Snakes With Wigs is the first book in the Calpez Trilogy, a rollicking interstellar adventure.  Join us for intrigue, murder, double-dealing, duplicate identities, space battles, revolution, good, evil, imploding planets, and the strangest mix of life forms and characters this side of Andromeda. 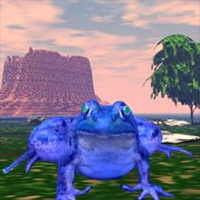 The evil Interplanetary Union is no more.  However, that doesn’t mean that the planet Calpez’s problems are over.  For one thing, the former Commander Cheryll Bartell has been elected Chancellor after a campaign of lies and deception; and giddy with power, she begins to build herself an empire out of the wreckage left behind by the fall of the I.P.U.   Meanwhile, conspiracies collide, old enemies return, the palace is blackmailed, kidnappings become commonplace, Calpez seems destined for certain destruction, and those aren’t the worst problems Jackie Spangle faces …

Social Justice Abounds is the rollicking sequel to Cats Without Bodies and Snakes With Wigs, an interstellar adventure in the grand tradition.  Coming soon: Coffee Drinkers Of The World Unite; The Princess Debacle And Other Hanky Panky! .