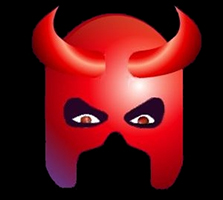 Doctor Diablo is a wealthy, arrogant, self-involved genius and San Francisco’s greatest Master Criminal.  His life is a combination of romancing beautiful super villainesses, stealing priceless items that no one else could, and eluding capture by SF’s resident super hero--until he runs afoul of the insane, super-powerful monster and ganglord known as the Crusher.  Now Diablo must find a way to protect himself, and those he cares about, from an unstoppable murderer.  Along the way he just might learn the value of love, friendship, and redemption--if he survives!

“H. G. Martin presents an action-packed fantasy comic without the elaborate artwork. Written in an engaging first-person narrative, "Doctor Diablo" comic heroes and villains are brought to pulsating life.  Character powers, costumes and lifestyles are vividly and realistically portrayed, as are engrossing traits and habits.  "Doctor Diablo" is a novel that, to me, should be converted to a screenplay and viewed on big screen.  I very highly recommend "Doctor Diablo" to all comic-minded fans.”
Patricia Spork, Reviewer eBook Reviews Weekly