The Autobiography of Gaius Petronius Merva 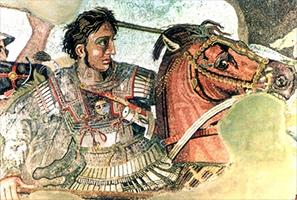 Legend has it that the city of Rome was founded in 753 B.C. by twin brothers, Romulus and Remus. Over the next eight centuries, the city on the seven hills grew into the greatest empire the world had ever known.  It reached the peak of its power during the reign of Caesar Agustus, adopted son of Julius Caesar. The Pax Romana lasted for two hundred years, until the death of Emperor Marcus Aurelius.

By the Third Century A.D., the vigor of Rome was largely spent. The mighty Roman legions had met their match in the impenetrable German forest, the arid Libyan desert, and the hostile mountains east of Constantinople. The people of Rome had tired of the mantle of Empire, their administrators had become  corrupt, and their emperors short-lived.

Into this world was born Gaius Petronius Merva during the reign of Emperor Elagabalus in 220 A.D. The scion of a prosperous family in Antioch, Roman Syria, the young Gaius proved a disappointment to his father, who exiled him into the service of Rome as a soldier.

Thus began a life of strife and accomplishment. Merva rose through the ranks of the 50th Legion to  eventually become a Roman governor. Through his eyes, we see the tumult and history, as well as the day-to-day life that marks the beginning of the Fall of the Roman Empire.