THE GENELLAN SERIES - AN EPIC

But habitable planets are rare, and the galaxy is an unfriendly place. Humanity’s first contact with intelligence ends in a mysterious massacre. Second contact—with different aliens—decades later, provides nearly the same outcome, but with one remarkably different result…Genellan, home to the cliff dweller civilization, is discovered, beautiful but unforgiving.

Lieutenant Sharl Buccari’s intrepid crew of survivors establishes a tenuous toehold on the wild planet, the third planet from the system’s star; but more importantly, they forge alliances with the masters of the star system—the Kones, denizens of the system’s ponderous second planet.

And not soon enough—the Ulaggi have returned, a hyper-advanced race of huntresses that for centuries have ravaged the galaxy. Sharl Buccari must do more than convince the allied races to fight together, she must lead them. The fleets of all races collide again and again; the stakes build, and finally the finally battleground is set.

The black vacuum above Earth is filled with raging ships. Humanity must win if they are to survive… 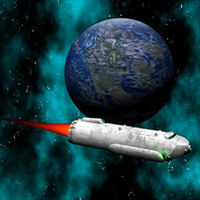 Genellan—a beautiful, Earthlike world where intelligent cliff dwellers waited in fear for the day the bear people would return, killing them for their fur…

Genellan—the only refuge for a ship’s crew and a detachment of spacer Marines, abandoned by a fleet fleeing from alien attackers.

BOOK 2: SHADOW OF THE MOON 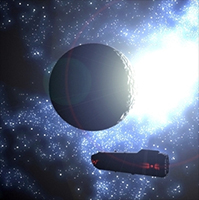 Hotshot pilot Sharl Buccari was a living legend. She and her crew of Survivors had established a foothold on Genellan—a beautiful new world, raw and unforgiving—becoming allies with the native cliff dwellers. Now the challenge was to engineer peace with the other advanced race inhabiting the same planetary system—the kones—and to build a colony for the children of humanity, including her own infant son. 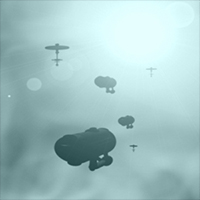 Fleet Admiral Runacres has taken the Tellurian fleet deep into the Red Zone trying desperately to make diplomatic contact, and now the Ulaggi mean to punish the humans for approaching too closely to the heart of their empire. The murderous aliens have come to kill.

Ulaggi battle cruisers, human motherships, and konish dreadnaughts converge on the planet Genellan, just as a convoy of Tellurian transports arrives to eject their vulnerable cargo of human settlers into the rugged planet’s atmosphere. Hotshot squadron commander Sharl Buccari and her corvette pilots are all that stand between the enemy and the helpless settlers.

Buccari is a living legend, but the Ulaggi have never been defeated. Can she stop them from invading Genellan? If not, Earth is next. 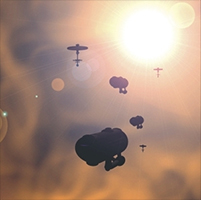 Ancient were the Ulaggi before the ancestors of man walked upright.  The Ulaggi — a race of mind readers — terrorize the galaxy, destroying the weak.

Genellan, humanity’s first colony in space, is attacked.  Thousands die.  The colonial capital is destroyed, but the aliens are repulsed. The cost is dear in lives and ships, but worse — the Ulaggi learn the location of Earth. 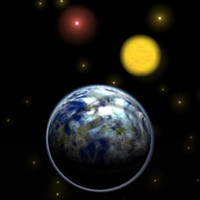 Competition without end—humanity is spreading across the galaxy, but there are never enough resources for her burgeoning populations. Can any person—or any race—stop this insatiable consumption, this viral destruction? Daystar System and its lone habitable planet—a precious, pre-industrial Eden—fall under humanity's greedy sights. Who will prevail?

The Meek Shall Inherit... EVERYTHING!